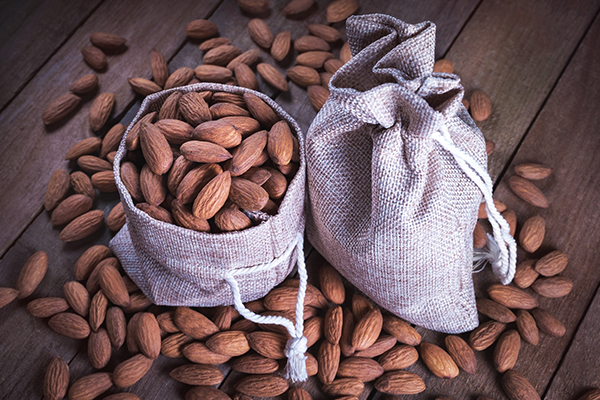 Posted at 14:00h in Market-industry by admin

The California Almond Industry continued to ship about what was expected at 199M lbs vs our estimate of 200M lbs but the worrying pattern of shipments trending below last year continued.  Total shipments for the year remain at 16% behind last year – the same as January month end.  One additional area of concern this month is the domestic market, which fell behind a bit for the month and sits at 3% behind last year to date.  Till now the domestic market had been essentially flat vs last year and we anticipate this is primarily a timing issue vs a pullback of demand, though it would be helpful if retailers would follow our commodity price decline and pass the saving on to consumers to generate a bit of demand.

Commitments caught up a bit vs last year and now trail by only 3% vs the 10% we were behind last month indicating a fairly robust selling period in February as the industry tried to play catch up with lower prices prior to the freeze.

Receipts to date are now 2.89B lbs and it appears likely that this crop will go into the record books at 2.9B(billion) lbs +/-.   Receipts for the month were about 65M(million) vs 63M in February last year and although there are some reports of a few huller shellers delaying processing, it seems unlikely we will hit 3B.

A month ago we were starting the bloom and lots of clear, warm weather was in the forecast and the bees were flying with a fantastic bloom starting.  Then, out of nowhere, we hit several days of very cold morning temperatures up and down the state with readings in some locations as low as 21 or 22 degrees Fahrenheit on Feb 23 and 24.  As always seems to be the case when we get this type of condition, the stage of the bloom and the specific location of the orchard seemed to be the key factors on whether there was a lot of damage or a little.  Many of the orchards and varieties in the North state in the coldest temp areas that were in the early nutlet stage had the most damage, while most of the orchards in our region of Kern and Tulare counties had much less damage despite the equally low temps.  This was due to the early stage of the bloom in the southern valley, with all varieties still blooming or yet to bloom.  The big picture is that yes, some farmers will have some severe losses in yield, but the majority of the crop will come out of the freeze with little loss of productivity.  In our opinion, lack of adequate water supplies will have a far larger influence on the final 2022 crop than the freeze will have.

Shipments:   Shipments for the month of February were off 15% from the prior year.  This was widely anticipated and yet the actual fact is always more powerful than the anticipation.  While this February was not as good as last year, it is important to remember that February 2021 was an all time record for the month and that this years volume of 199M was actually the 3rd highest February for shipments.  So, not as negative as some would make out.  It is also more than we’ve shipped the last 2 months and it seems the export shipping situation may be improving slightly.

Domestic – February shipments were down 24% from last year and now down 3% for the ytd after being even till now.  We view this as a matter of timing and expect the remainder of the years shipments to be very close to last year.  We are hoping that inflation will not take too big a bite from consumers wallets and that retailers will pass on the lower priced almonds available at wholesale to the retail products sitting on the shelves in order to keep consumption growing.  Almonds are still a huge bargain as a protein rich, good tasting, and sustainable food when compared to alternatives and we hope CPG brands and retailers continue to highlight this on the shelves.

Sales/Commitments:  The industry left February at 67% sold of total supply vs 74% last year.  Furthermore, we have 1.15B lbs left to sell this year vs 877M lbs left to sell at the same time last year – an increase of 31%.  Given the lack of demand growth domestically, the export shipping issues, rampant inflation, and the ongoing war in the Ukraine, it is difficult to see where the increased consumption will come from.    At this time, a carryout of 950M lbs looks more likely than 900M.   This would mean a carryout of 27% – much higher than anything we have seen in the last 10 years.

Receipts/Crop Size:  Receipts remain about 6% behind last year and indicate a final crop size of right at 2.9B lbs +/-.  Despite some reports of huller shellers delaying processing, we view it as unlikely that the final crop gets to 3B.

Market Impact:  STD-5’s have dropped .05 in the days after the report and other varieties and grades are also losing some ground with the exception of large Nonpareil which seems to be holding.   Offers from origin are becoming more plentiful as more call pool and relatively unsold handlers are realizing that despite the freeze, there are still a lot of almonds to sell into a more and more uncertain world economy.  We expect large nonpareil to remain firm and most other varieties and sizes to remain lower as we move forward in March.

Despite the freeze that will be felt severely by some growers in some areas that helped prop up pricing briefly, the overall supply of almonds remains high vs demand and shipments fell further behind last year this month.  Now that we can see the likelihood of a 950M lbs carryout, and the inflationary pressure + Russia in Ukraine adding to the uncertainty, we expect that low prices will continue for the foreseeable future for all varieties and sizes except large Nonpareil which should remain firm.

With the current expectation that next years crop will be 2.75B lbs +/- .1B – next year’s supply should be about 950M + 2.75B = 3.7B lbs or ~ 6% more than this year.   With current pricing we know that some growers are not profitable given the rising cost of all inputs – especially fuel, fertilizer, and water.   Despite this, we have plenty of almonds and we know the invisible hand of Adam Smith and the pricing mechanism based on WW supply and Demand will ultimately prevail and rectify the situation.  In the meantime, we continue to pray for rain and snow in the latter part of March and into April.

In the end, we know that almonds are tasty, nutritious, and highly valued among all the cultures of the world and that the long-term prospects are bright for our amazing industry. 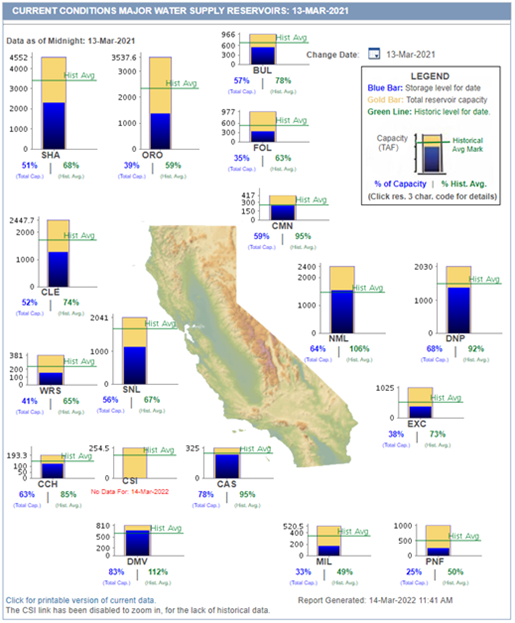 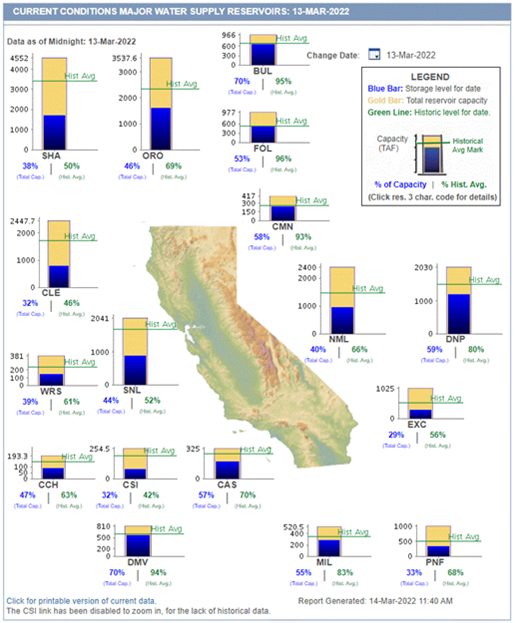 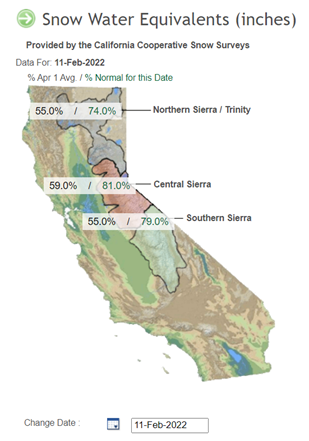 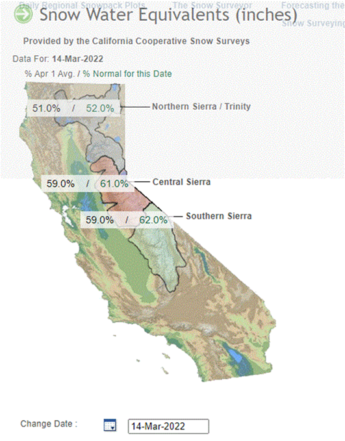 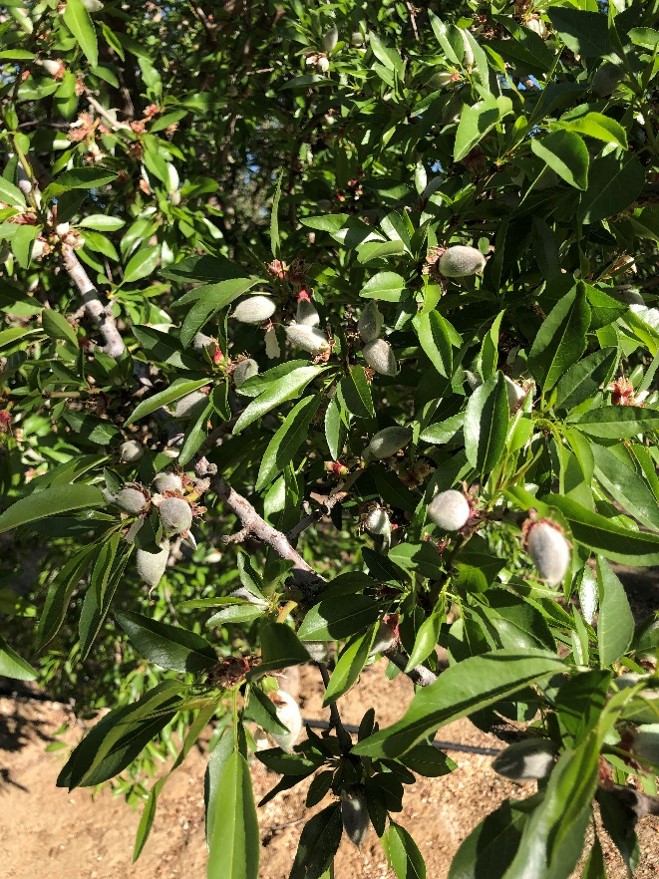 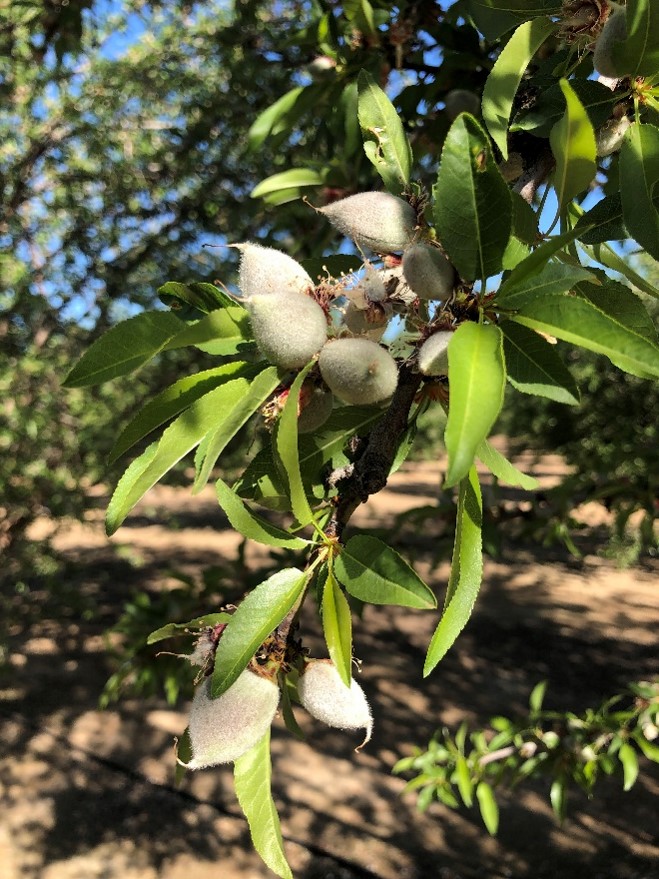 Thank you for your support and feel free to call or email JSS Management with any comments, questions, or concerns.